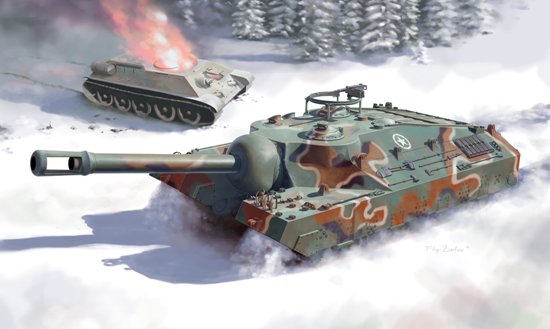 The T28 Super Heavy Tank (#6750) is one of the most astonishing kits to emerge from Dragon in recent times! The T28 was designed to breach the defenses of the Siegfried Line during the latter part of WWII, but the 95-ton monstrosity arrived too late to participate in the war. Its name was altered to 105mm Gun Motor Carriage T95 in March 1945 since the armament was hull-mounted rather than in a turret. Dragon has overhauled its T28 kit and assigned it a new 155mm T7 main gun of the type used on the developmental T30 Heavy Tank. Of course, such a vehicle did not exist in reality, but this hull/gun combination is very popular in the online gaming world. Thankfully for these many fans, Dragon now allows them to produce and own such a mighty armored vehicle! The size of the model is simply overwhelming – the lower hull is more than 300mm long! The double track runs are made from DS tracks, and the outer tracks can be detached just like the real ones should a modeler decide to opt for this configuration. The impressive 155mm gun barrel is newly produced. This was a monster of a tank in its day, and Dragon has made it even more monstrous for contemporary warriors with the addition of a more powerful 155mm gun that better befits the vehicle’s size! As a special bonus, modelers can either choice to build the T28 with parts provided in the box as well 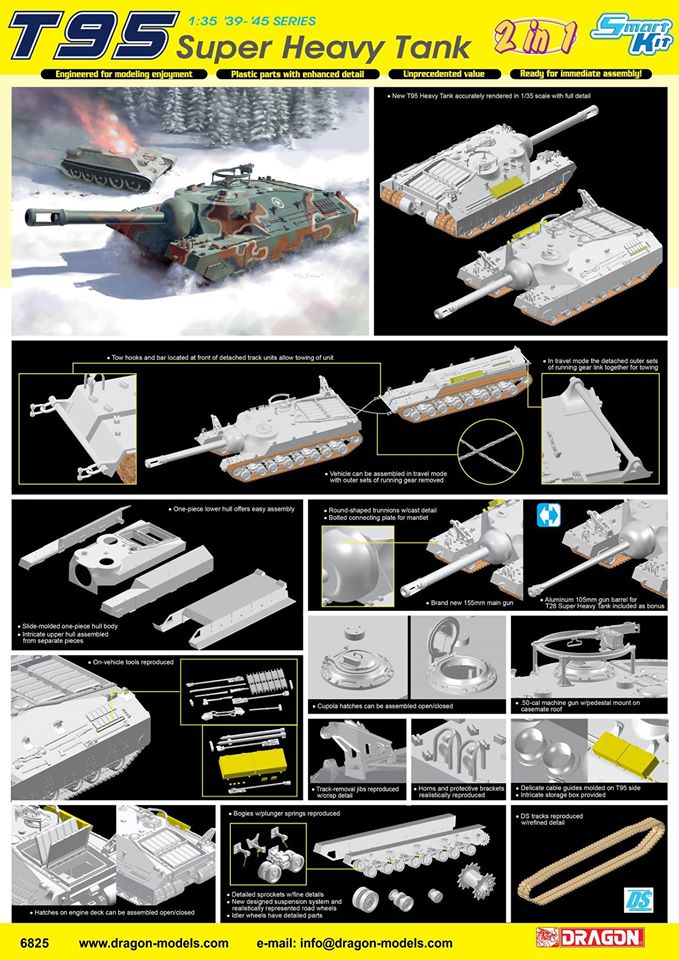 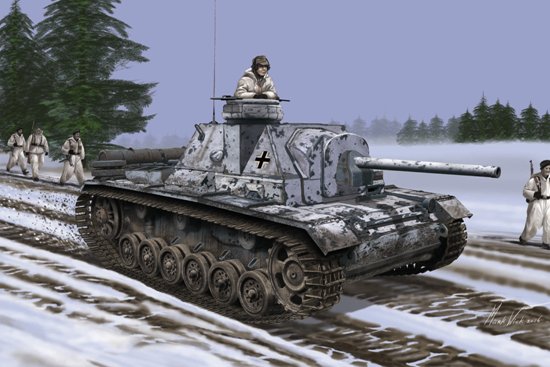 Germany and the USSR employed a large number of captured enemy vehicles during WWII because of shortages in their inventories. Sometimes they also created hybrids by combining domestic and foreign components, and one example of this approach was the SU-76i self-propelled gun (SPG) used by the Soviets. Of interest, ‘i’ denotes Inostrannaya (or ‘foreign’). This vehicle based on the chassis of the Panzer III or StuG III featured a Soviet 76.2mm F-34 main gun. The Russians captured a large number of Panzer III/StuG III armored vehicles, many at Stalingrad, and Factory No.38 added an enclosed superstructure to the hulls. They were first issued to units in the fall of 1943, with a couple of hundred being fielded. Ironically, some captured SU-76i vehicles were re-employed by Germany, marking a full circle of service for the original chassis. Dragon has produced a 1/35 scale kit of just such an SU-76i SPG that has reverted to German service. This means it complements Dragon’s earlier release of an SU-76i in Soviet service (Item No. 6838). As before, the German SU-76i is logically based on Dragon’s famous and highly accurate Panzer III chassis. The fighting-compartment superstructure features intricate bolt detail and, naturally, the correct gun and mount are included. A Panzer III cupola is installed on the roof, and the associated bulge on the right-hand side of the superstructure to accommodate it is correctly represented. To differentiate this kit even further, this German SU-76i is clad in extended winterketten tracks. This was an unusual armored vehicle used by the Soviets – and the Germans – and Dragon has beautifully recreated this ‘crossover’ SPG! 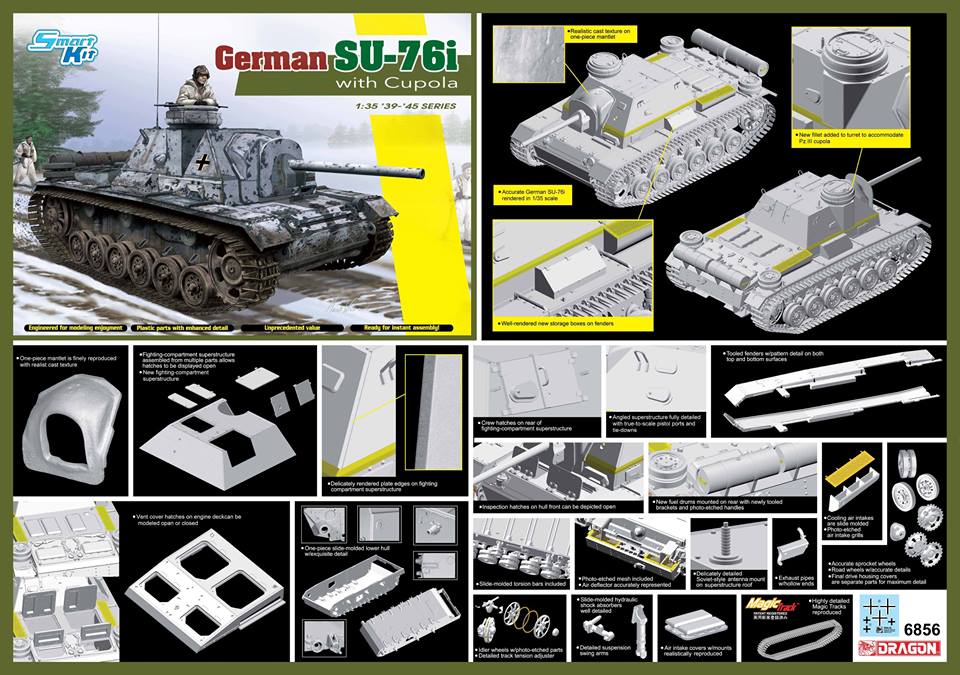