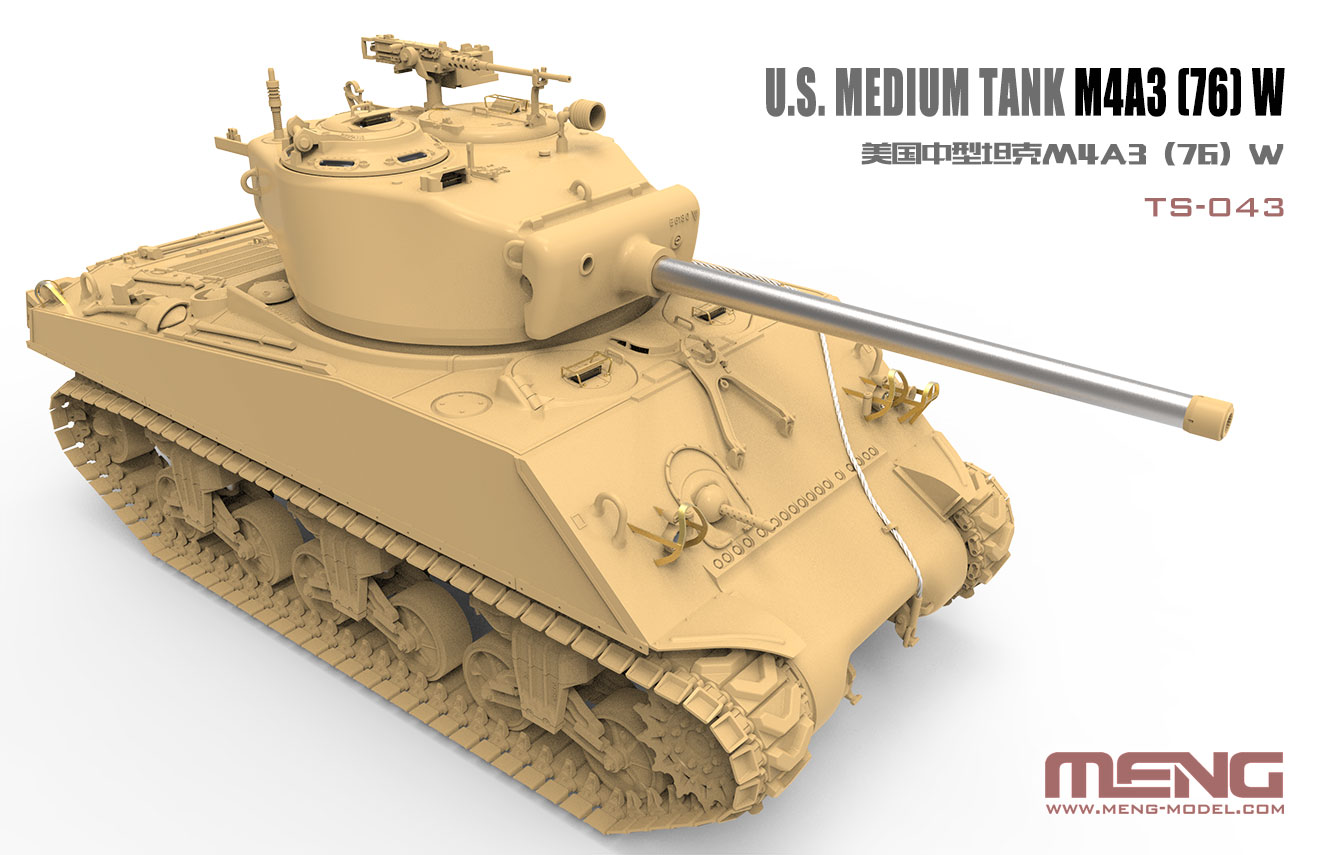 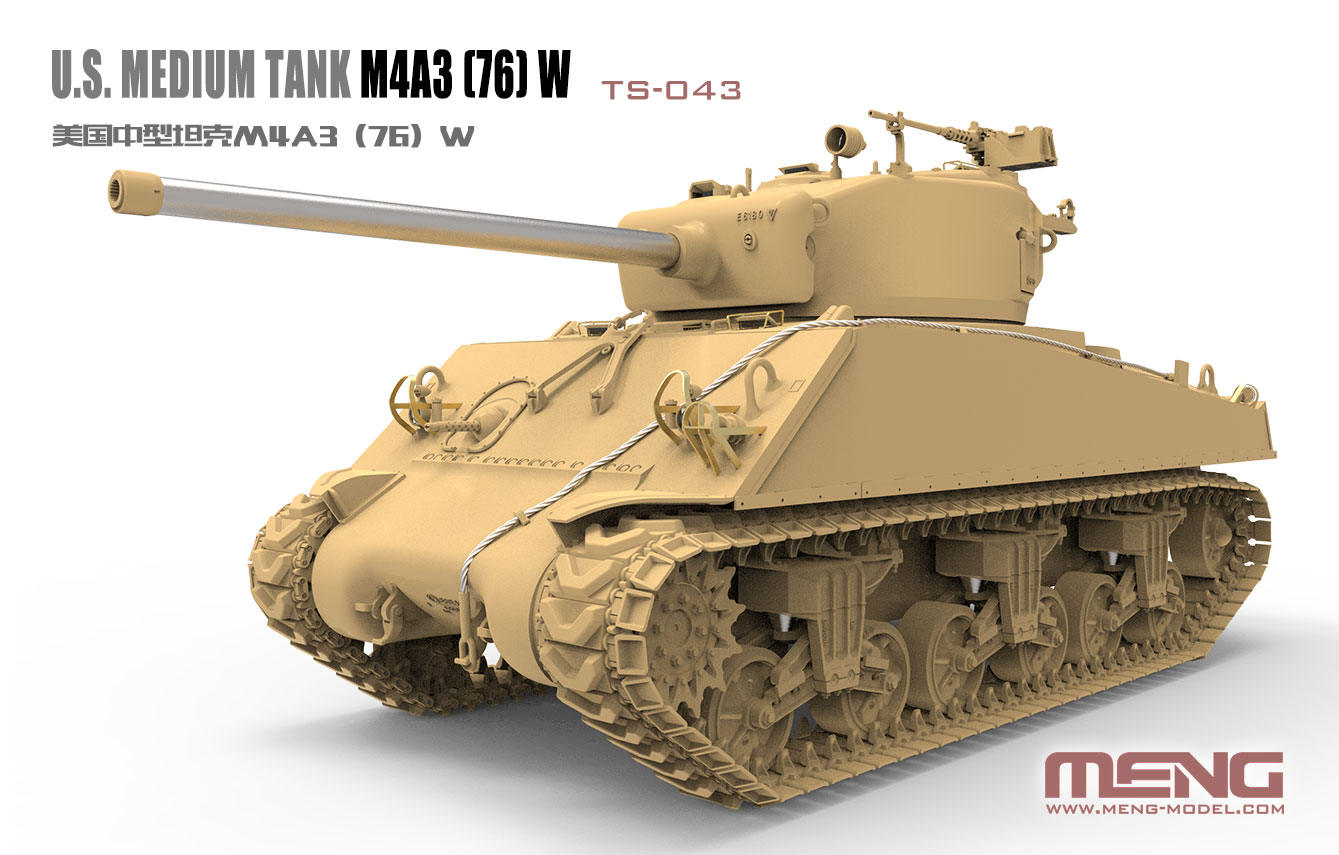 The M4 Medium Tank, also called Sherman, was a tank without a frightening main gun or thick armor. It was not designed by famous scholars or driven by crew with shining medals. However, it’s the peak of the-then industrial production. At the beginning of design, its size was taken into consideration for strategic transport by ship. A large number of other weapon components were used to simplify the design and production. Thanks to the uniform specifications, the same parts machined by different production process could be produced in large numbers. The M4 Sherman’s gun was not limited to a specific ammunition. And its tracks didn’t need to be changed to special tracks for rail transport. Nearly 50,000 of this top design tank were produced. It had a complete range of variants. There’s no doubt that it played an important role in the victory of the Allies.
This latest MENG TS-043 U.S. Medium Tank M4A3 (76) W model is 206mm long and 90mm tall. This kit has a total of 1,190 parts. The key suspension structure is the same as on the same vehicle. This movable suspension is realistic and reliable. This kit features fairly complete equipment cast numbers and realistic surface details. This kit includes high-strength workable tracks with “duckbill” end connectors. Fine PE parts and metal cables are included. A gift metal barrel is included in the first batch of products.