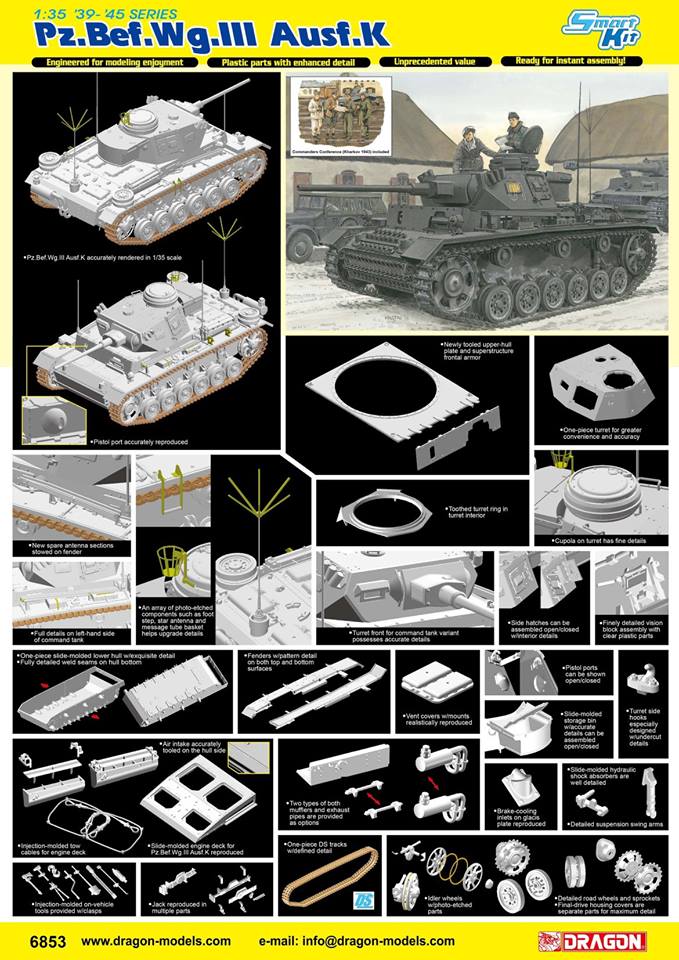 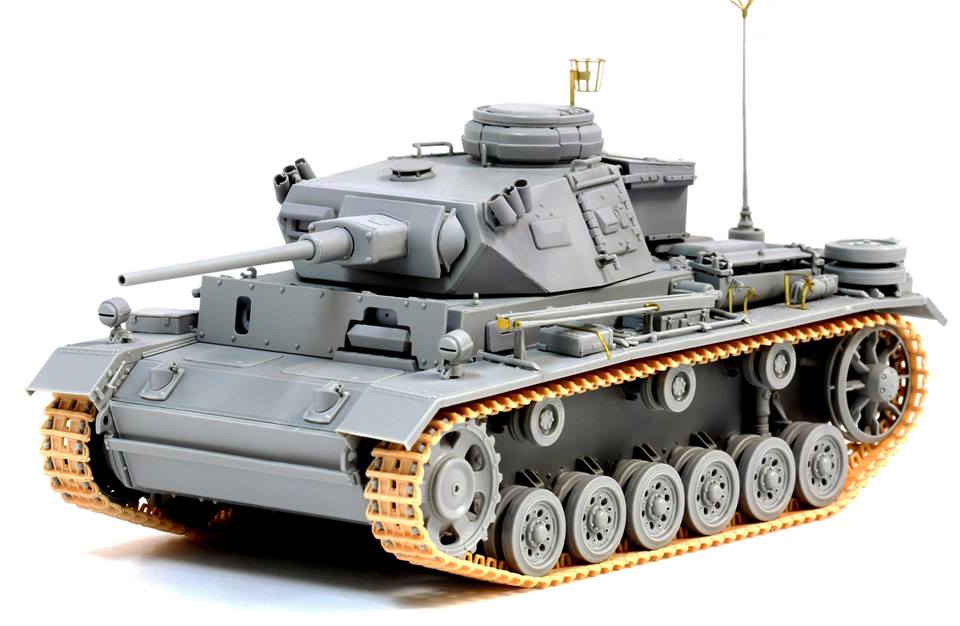 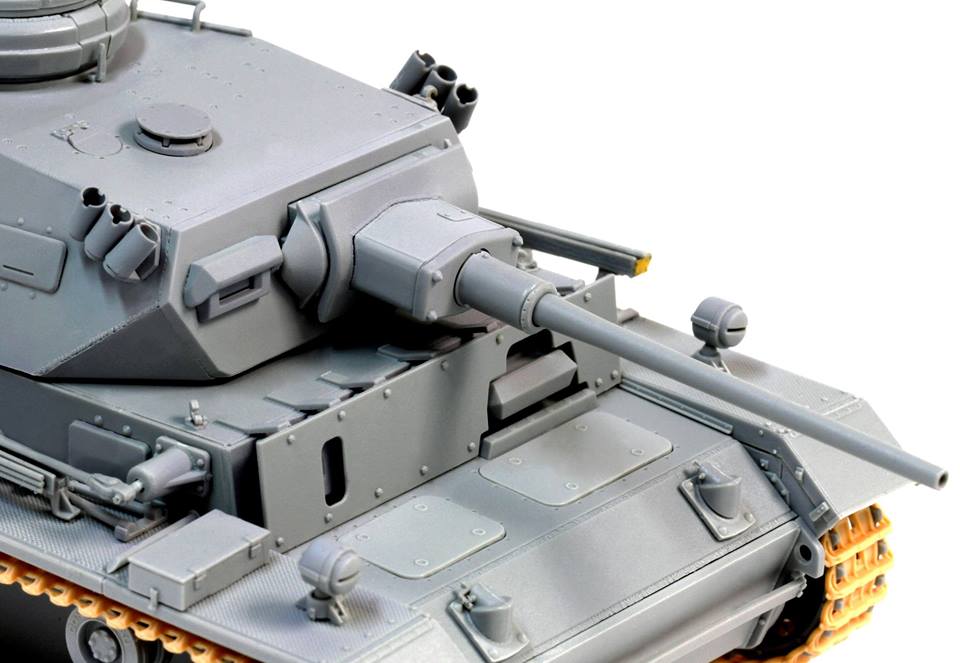 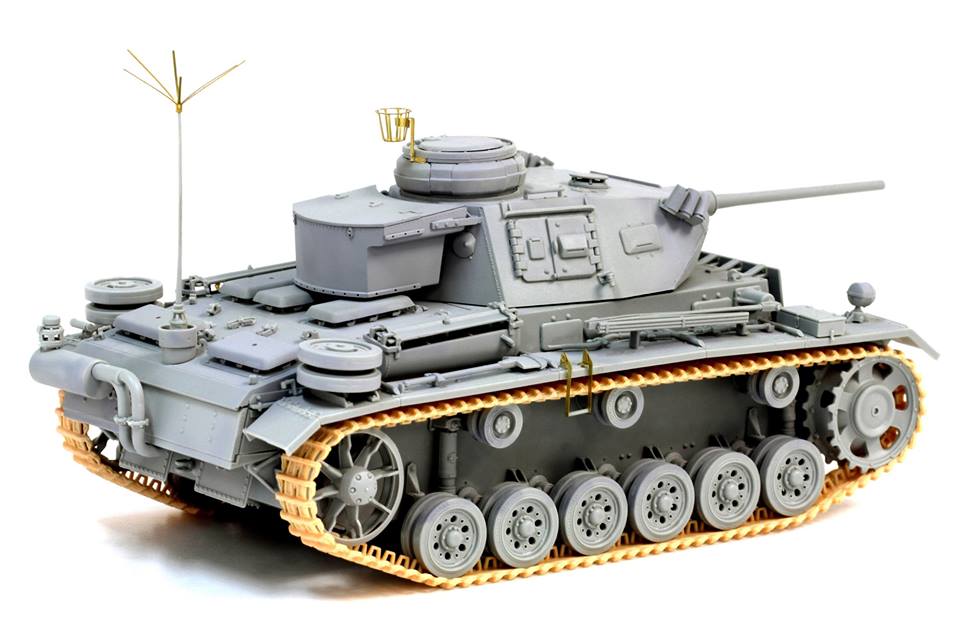 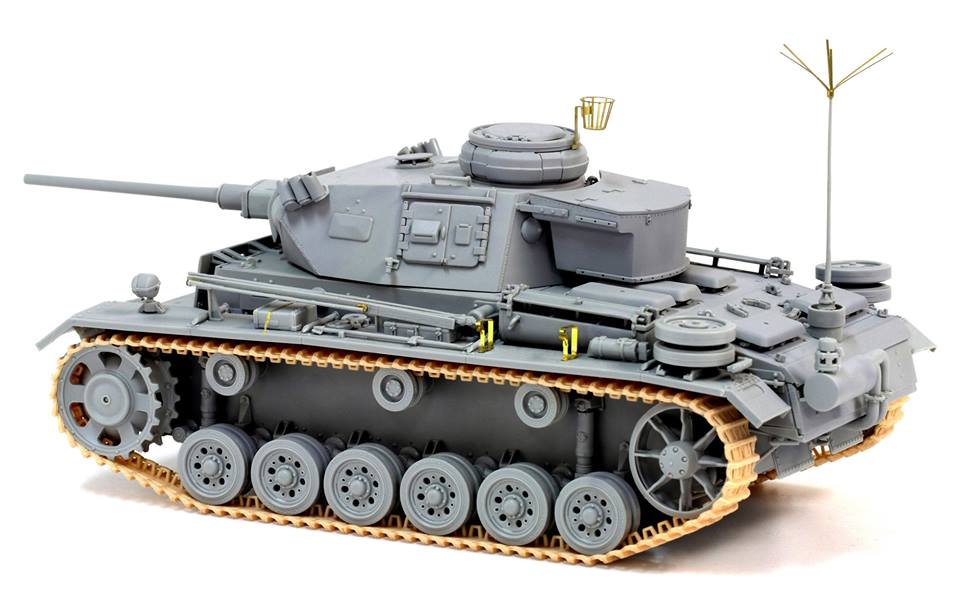 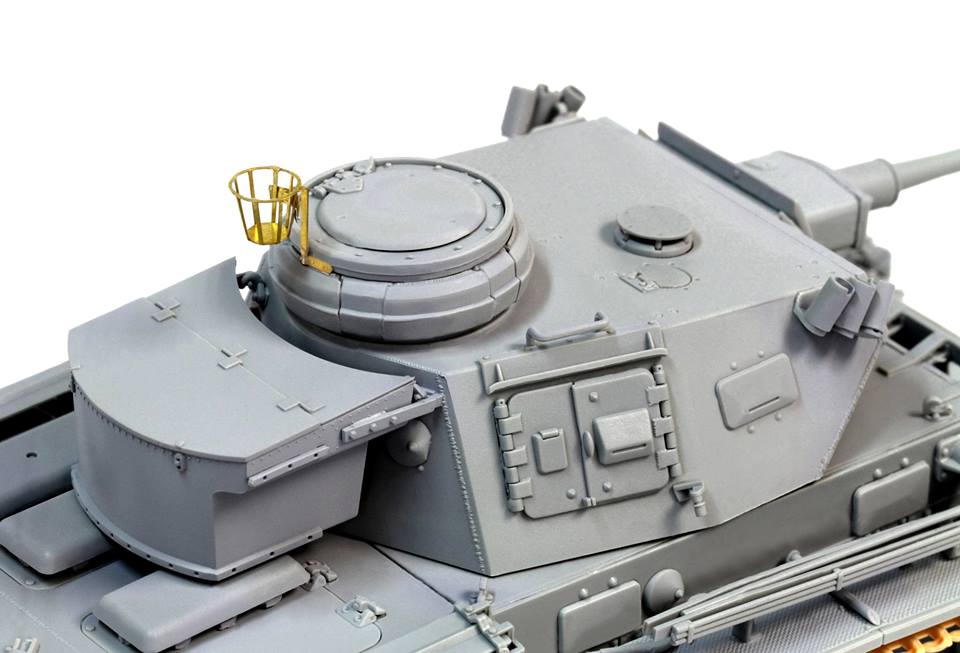 The Panzerbefehlswagen Ausf.K was designed to serve as a command tank for the German Army but, unlike preceding Panzer III command vehicles, it retained a main armament in the form of a 5cm KwK39 L/60 cannon. A total of 50 of these armed command tanks were produced between December 1942 and February 1943. It was based on a standard Panzer III Ausf.M chassis, and a star antenna was used instead of the previously favored frame antenna. The turret, adopted from a Panzer IV Ausf.F, featured a shorter mantlet, while the coaxial machine gun was deleted and an extra visor was added to the turret front.

Dragon previously released a Pz.Bef.Wg.III Ausf.K (Item No. 9118 in the Orange Box range), but this latest 1/35 scale kit has nothing in common with that release. Thus, the new command tank takes the most updated components from the latest Panzer III and IV kits in Dragon’s Smart Kit range to ensure that this fine new kit is of the highest quality. Besides, the horizontal upper-hull plate is new to fit the larger Panzer IV turret that was installed, plus the turret frontal armor, truncated gun mantlet and visor are new. Also new is the superstructure frontal armor plate plus three spare antennas stowed on the right-hand fender.Text Modelers seeking something a little different from a run-of-the-mill Panzer III need look no farther than this well-armed command tank.